Premade & Custom Keyboard Programming for all your musicals

Kevin has been a professional musician for over 25 years in which time he has been involved with hundreds of musical productions on every level from high school productions to summer stock, Regional LORT theaters to Broadway shows and National Tours, Off-Broadway to community theater, and everything in between. Kevin received his Bachelor's degree in Music Education and Conducting from the University of Southern Mississippi in 1995 and went on to teach High School band, jazz band, chorus, and orchestra for several years. n addition to his degrees from the University of Southern Mississippi, Kevin holds a masters degree in collaborative piano from the Peabody Conservatory of Music. In addition to being a proficient pianist and accompanist, Kevin was also the Principal Tubist for the USM Wind Ensemble under the direction of Dr. Thomas Fraschillo as well as the USM Symphony Orchestra under the baton of Dr. Jay Dean. He was a guest artist on solo pianist for both groups during his time there including playing and recording for several world premieres. Kevin has also been a guest solo artist for the Pensacola Symphony, the Tampa Bay Symphony Orchestra, the Pensacola Civic Band, and the Silicon Symphony Orchestra.  Kevin was recently featured as an outstanding alumus in USM's School of Music Alumni Magazine, "Encore", which you can view here.

He has accompanied many Broadway artists such as Idina Menzel, Laura Benanti, Liz Callaway, Alice Ripley, Judy Kuhn, Sutton Foster, Audra McDonald, and Brian Stokes Mitchell to name a few. He has also music directed and played shows all across the country including New York City, Washington DC, Chicago, Los Angeles, and San Francisco. After his stint with the 1st National tour of Motown the Musical as Associate Conductor, Kevin came back to the Bay Area where he became the Resident Music Director of the Bay Area Children's Theater where he music directed the World Premier of the TYA version of James and the Giant Peach (Pasek & Paul). He also served as the Resident MD at Contra Costa Civic Theatre and the Berkeley Playhouse. In addition, he has also conducted and MD'd shows at Woodminster Theater (Mary Poppins, Flower Drum Song, Catch Me If You Can, Les Mis, Aida, The Producers, Shrek, Chicago, La Cage), San Francisco Playhouse (Promises, Promises), Contra Costa Civic Theater (The Sound of Music, The Secret Garden, American Idiot), Center Rep (Rock of Ages), Pacifica Spindrift Players (High Spirits) and Contra Costa Music Theater (Music Man, Gypsy, The Full Monty). Kevin has also performed in the pits of the National tours of Rent, The Addams Family, Cabaret, If/Then, Wicked, Annie, Something Rotten, The Book of Mormon, and Beautiful to name a few. Currently Kevin is the Associate keyboard programmer and keyboard tech for the ... And Peggy company for the Hamilton National Tour in San Francisco.

In 2010, Kevin became obsessed with technology in Broadway orchestra pits as well as in his own studio and the quest to conquer Apple's Mainstage program was born. Today, Kevin programs and licenses his existing catalog of shows hundreds of times a year for theaters all across the world. In 2016, Kevin was named keyboard programmer for the Pre-Broadway production of Amelie with music by Daniel Messe, founder and pianist of  the Brooklyn based band, Hem (Kimberly Grigsby as Music Director and orchestrations by Bruce Coughlin) which transferred to Broadway in 2017. In 2018, Kevin was the Associate Programmer for A Walk on the Moon at ACT in SF (orchestrations by Michael Starobin). Kevin is also the founder and CEO of KeyboardTEK, LLC and is currently the keyboard programmer for Disney/ABC's upcoming series 'Encore' which will feature 13 different musicals in their inaugural season.

Around the corner, Kevin will be working on a one-man show with Wilson Heredia (original Angel in RENT) entitled "Purple Reign - The Music of Prince" and is also the composer of the upcoming stage version of "Waiting for Guffman". Readings and workshops are planned on both coasts in 2020 with an eventual goal of being produced at an Off-Off-Broadway theater thereafter or perhaps a local assisted living facility.

If you are interested in having Kevin program any of your future productions, please click the INQUIRE button at the top of this page to contact him.

Kevin Roland is a Music Director, professional pianist, conductor, vocal coach, keyboard programmer, arranger, orchestrator, and composer based out of the Bay Area in California. After moving to California in the summer of 2013 after 13 years in Washington, DC, Kevin has made a name for himself on the West Coast as an in demand music director, pianist, vocal coach, and keyboard programmer. 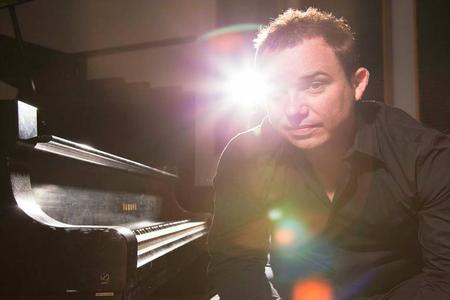